You are here: Home » Medical News » iCRUSH Ebola- All you need to know about Ebola!

iCRUSH Ebola- All you need to know about Ebola!

Ebola has caused a huge scare over the community recently and the population has repeatedly questioned the possibility of it affecting the United States. Dr Singh was approached by Fox 17 West Michigan to speak about the signs and symptoms of Ebola, as well as the situation of the spread in United States. Let us briefly describe all that you would need to know about the disease to enlighten and protect yourself. 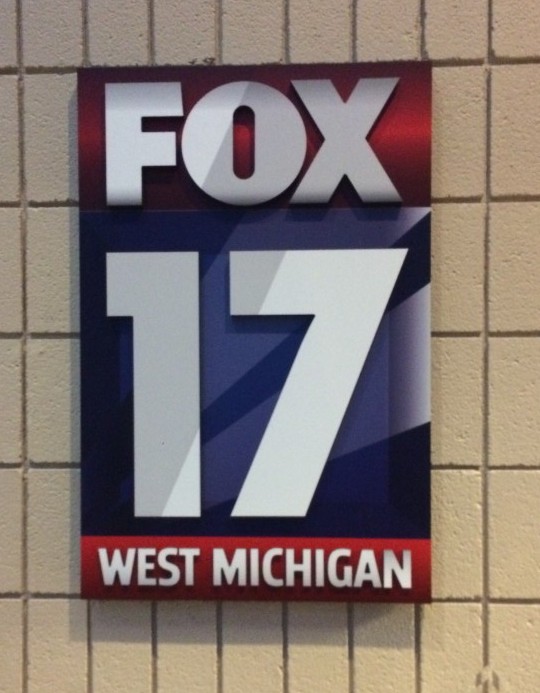 Dr Singh was approached by Fox 17 West Michigan to enlighten them about Ebola. 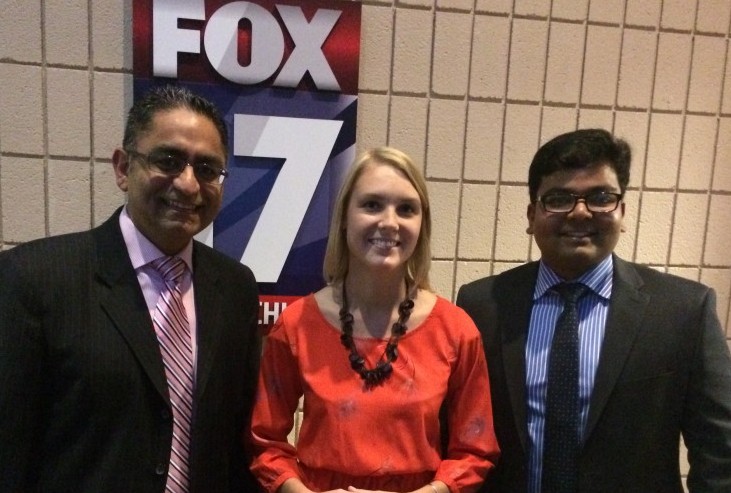 What does EBOLA do?

Ebola is a virus that mainly affects the white cells and macrophages of the body in addition to all the other types of cells. These ‘guardian angels’ of the body or the macrophages, die due to apoptosis. The body becomes prone to various infections.

It is a smart virus and spreads very rapidly within the body, this is due to the fact that Ebola virus stops the formation of Interferons or proteins that are made by the body to defend it against viruses.

The macrophages under the influence of Ebola start expressing several proteins on their surface. These proteins cause an unnecessary activation of the coagulation cascade. The essential proteins and fibers within the blood are wasted forming small clumps called D-dimers, leading to a state where the body becomes prone to bleeding. This is the primary cause of bleeding in cases of Ebola infection.

How does Ebola spread?

Ebola spreads via ‘Human to Human’ contact. This basically means that the person has to come in close contact with body fluids of the affected individual. The surfaces like open sores, cracks in skin and exposed mucosal surfaces act as entry point for the virus.

The blood, feces, and the vomitus have been implicated as the most contagious fluids while the spread is still possible via semen urine and sweat.

Ebola has not been known to spread through the airborne route and is not a droplet infection. There has to be direct contact with the above-mentioned bodily fluids.

When do we suspect Ebola?

We have come up with a very easy and focused checklist for remembering the signs and symptoms of Ebola. It is called “iCRUSH Ebola” 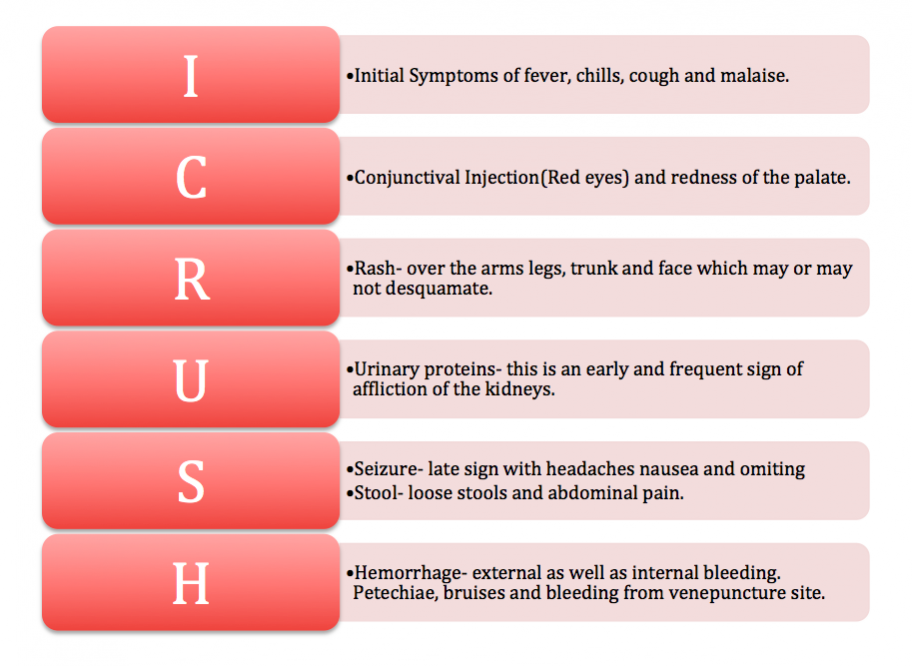 An easy way of remembering the symptoms of Ebola

Should we be scared of Ebola?

The history of travel or contact with a person who has travelled to West-African countries that have had cases of Ebola is one of the main risk factors of Ebola infection.

It is very important that you analyze your recent contacts and trace if any of them might have travelled to these countries. This is very important information that should be given to your care-provider so that the diagnosis of Ebola can be made effectively and promptly.

Unless you start showing symptoms mentioned in the checklist and have travelled or been in contact with people who have travelled, you should not panic! Present to your primary care doctor and discuss your symptoms.

I think I have Ebola, what should I do?

If after comparing your symptom to this checklist, you are concerned that you might have Ebola, please present to your primary care doctor, or the emergency room if the symptoms appear severe. Make sure that you communicate with the healthcare team about your concerns so that they can take the necessary steps in helping you.

Previous: “What are your goals?”- The million dollar Residency Interview Question
Next: NICU Diaries