I would like to share my experiences while rotating at a tertiary level center of excellence in the field of neonatal intensive care. It is a chilly November morning, which happens to be the World Prematurity Day. The UNICEF has released a report saying 9 in 10 premature babies die if they born prior to 34 weeks of gestation in the developing countries. A statistical anecdote that makes me wonder what makes the outcomes so skewed in comparison to developed countries.

I begin my day as usual shadowing one of the newborn attending physicians and the team at the Washington University School of Medicine. A thought flashes through my mind “Are we as adults the strongest to face challenges of life?”. I look at the 24 weeks old micro preemie (as they are addressed in the NICU), the really tiny souls who are out of the mothers womb well before time i.e. less than 37 weeks which is required for their proper growth and nourishment. But due to some unusual circumstances they come into this world and fight for their life each day with immense willpower, this resilience is so inspiring and refreshing. They go through a bumpy ride but never give up and that’s a lesson for every one in life, no matter how hard life gets keep fighting until you reach your goals.

These babies yearn to live each moment even when their tiny lungs are giving up. Even when their vital signs fall they bounce right back up in a more resilient manner trying harder each time. If given the proper tender loving care and support from the medical team they start thriving. The newborns belief in themselves changes the outcome. They exhibit the most optimistic attitude despite the innumerable stings, procedures and pain. It gives us the motivation to work harder to give them the life they deserve. 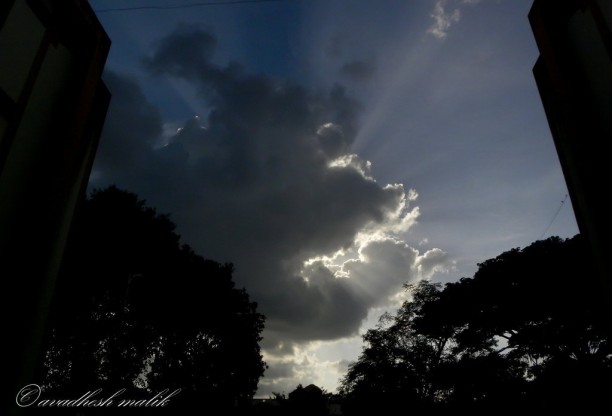 Every cloud has a silver lining!

During the day, our team sat down with the neurologist for the parent conference as he spoke words which brought hope to the parents. Their child had suffered a stroke and there was immense anxiety on their faces but then the neurologist spoke these words. The child’s brain unlike the adult is somewhat extraordinary, even if some part of their brain gets injured their other parts have the ability to adapt and take over the function and you may never know about the injury to their brain. It brought hope and relief to them. The father said “if one focuses on one’s strengths in life then eventually one will be able to overcome or hide one’s weaknesses”. Listening to these words I left the room with great positivity.

We as doctors are sometimes skeptical of the developmental outcome in our premature infants and always think of the worst and hence are guarded when speaking to the parents. But let me tell you this, after my rounds I went to the follow-up newborn clinic in the afternoon. I was there to see one of the fighters who had made it out of the NICU alive, well and healthy. He was now 4 years old. As soon as I entered the room, never had I seen such a happy, cheerful, lively, fun and intellectual boy. He shook hands, gave a high five and talked like a perfect gentleman. I was astonished by his intelligence as he recited all his ABC’s, numbers till 30, shapes and colors even when he had never been to school. From this observation I can say that once you fight out through the rough and tough times in life, you become stronger, wiser and intellectual.

In conclusion, I would say that these little creatures who hold your little finger with their whole hand and a strong grip (although it’s called a reflex), show their trust in you as their caretaker and hope that you will never let go. Hence it’s my motto in life to help these preemies to become and achieve whatever they wish.

He believes that children are amazing little human beings with great resilience and optimistic attitude towards life. If given the proper tender loving care they can achieve, the best of their potential. Their smile makes his day. He believes that its very important to know and explain the ‘WHY’ of the problem in the simplest possible manner esp. to the patients or parents of the concerned child because only the well informed patient or family can make intelligent decisions for themselves or for the people concerned. He has been involved in clinical pediatrics as well as NGO’s like CRY (Child rights and You) to promote child health. He is an avid reader and researcher and wants to solve many of the challenges which the world faces in Child health

Previous: iCRUSH Ebola- All you need to know about Ebola!
Next: USMLE Step 2 Clinical Skills Exam- My preparation experience